The static data describe the topology of the network and an initial power flow solution from which the dynamic models are initialised. The static data are the parameters related to the buses, lines, and transformers of the system. The initial operating point is defined by the voltage magnitude and phase on each node.

Defines a bus in the network.

Only the name and vnom are considered in RAMSES. The other fields are ignored.

The LINE record describes a line, a cable or a series capacitor. 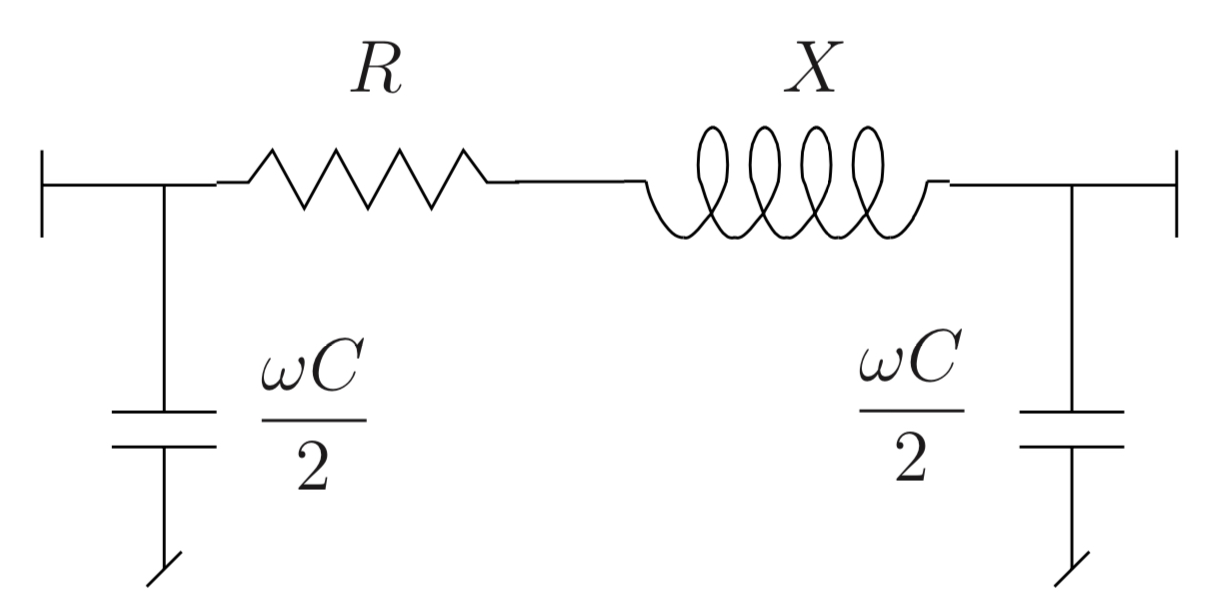 The TRFO record is a simplified variant of the TRANSFO and LTC-V records combined. n vary linearly with the tap position while X is constant. B2 and \(\phi\) are zero.

The parameters NFIRST NLAST NBPOS TOLV VDE are ignored in RAMSES. Any LTC type behaviour should be implemented in the dynamic data as a discrete controller.

A LFRESV record specifies the voltage magnitude and phase angle at a bus.

1.1.2. Data used only for the Power Flow and ignored by RAMSES¶

In load flow computation, generators are described by GENER records, as follows.